2022 State of the straw market 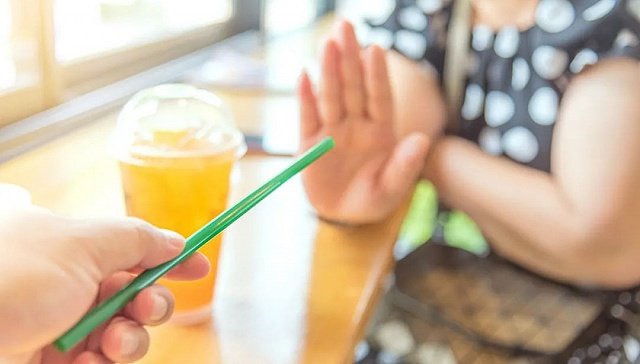 It has been one year anniversary since the launch of the “ban”, and the attention of the ban is gradually calm. Let’s take a look at the current situation of the market under the ban!

In August 2020, after the ban, plastic straws were removed in large quantities, and paper straws and PLA straws became major substitutes. Under the leadership of well-known brands such as Starbucks, paper straws were accepted by the market earlier, and many businesses put paper straws on the shelves.

“Because the paper straw technology is more mature, The quality is also relatively stable, However, the PLA straws have poor high-temperature resistance, So I prefer to choose a paper straw, ” he told us, But the response of the paper straws into the market was not very good, Search for paper straws on Weibo, There are more than 10 related topics, “Why you hate paper straws” and “the joy of being deprived by paper straws” were read more than 300 million times, Some tea shops have PLA straws on the shelves simultaneously, On the one hand, consumers have poor feedback on the use of paper straws, on the other hand, The function of the PLA straws is continuously improved, Use experience, Prices have also been lowered. However, there are still some problems in the use of PLA straws, because winter drinks are generally hot, if there are ingredients or more sticky in the drink, PLA straws will deform and block the piping phenomenon, but this situation happens rarely, the probability may be one in 10,000. Some manufacturers add other biodegradable PLA modified straws to the PLA straws to increase the toughness and resilience of the straw or increase the PLA lymph membrane inside the straw.

In August 2020, we have asked the following production straw manufacturers, a lot of bosses call paper straw spring, but in March 2021, paper straw was checked out may exceed potassium permanganate content, which means that paper straw not only uses experience will also cause harm to the human body, it caused a major blow to the industry, paper straw market plummet. Many factories have stopped production, causing huge losses, even if the subsequent third-party testing institutions confirmed that the paper straw has no problem, it still did not improve the blow to the paper straw industry.

Soon after, Starbucks will promote a new biodegradable straw that can replace paper straws, mainly biodegradable straws made of PLA and coffee grounds, which can degrade more than 90 percent within four months and apply for cold drinks. Starting from April 22, 2021, Starbucks will take the lead in introducing suitable coffee straw in more than 850 stores in Shanghai, and plans to gradually promote it to all Starbucks stores in mainland China in 2021. The coffee straw is mainly processed by extracted coffee powder combined with PLA. This is not a good thing for the original investment in paper straw suppliers, lose customers, no orders, many suppliers can only close the factory, domestic pipe demand plummeted, in the second half of 2021, paper straw business gradually recovered, export business helped paper straw suppliers a lot, after the international epidemic situation, paper straw mainly export, in contrast, domestic plastic straw demand increased, the demand for PLA straw also increased. Nowadays, the production equipment of paper straws is basically treated as waste iron. Thousands of paper straw factories in China now survive in less than a quarter. Compared with the beginning of the plastic ban, the ridicule of paper straws has not become a national phenomenon. When the craze of paper straws fades, does the spring of PLA straws really come? At the beginning of 2021, the PLA straw orders, but only lasted for four months, many customers talking about price when the price is low, a lot of times are difficult to accept, we check their samples, although the packaging printed with “PLA biodegradable straw”, but after testing found that the straw generally added non-biodegradable plastic components.

The potassium permanganate incident has dealt a major blow to the paper straw industry, but the greater impact appeared in June and July 2021, with a new —— PLA + PP / PE (biodegradable plastic) hybrid in the straw market, functioning close to plastic straws, but the price is less than half that of PLA straws and paper straws. Hybrid straw is pseudo environmental protection, it is better to directly use a plastic straw, but also can be recycled, and then used to produce other plastic products, because pure PLA straw can also be directly degraded, but this pseudo environmental protection straw can not be recycled, also can not be directly degraded, both waste of resources and pollute the environment.

At present, the majority of straw products used by large chain beverage enterprises are PLA straws, which can represent the real situation of the whole straw industry? The answer is no because there are still many small beverage shops, restaurants, farmers’ markets using plastic straws because of the higher price of PLA straws, paper straws use experience is not good, more customers mainly choose plastic straws. Due to the high input cost of PLA straws, only large factories will produce PLA straws, and most small factories are still making plastic straws, but because of less competition from large factories, small factory business is better than before.

Ban issued, we also felt that 80% on the market are biodegradable straws, but today’s market is not fulfilled, no regulation, the ban is difficult to stick to it, may in a few years large chains will continue to produce plastic straws to reduce costs, but there are many companies still bullish paper straws, such as Starbucks, McDonald’s is still using paper straws. In addition to PLA straws, paper straws, plastic straws, there are enterprises optimistic about the bamboo straw market.

The ban needs to be strictly implemented, but it also needs “the best alternatives”

It has been more than a year since the ban began, but judging from the market conditions, the results are somewhat unsatisfactory. When the ban was first released, suppliers were worried about the future, whether to stop making plastic straws? Now, they may be feeling glad. In our continuous tracking for a period of time, rarely see regulators control the market, even in the strictest plastic, plastic straw is also everywhere, one of the causes of this phenomenon is the lack of market regulation, the biodegradable drinking straw national standard has not been implemented, paper straw GB is still in drafting, market regulation, not so much speed up the regulation to the ground, more should speed up the relevant standards and laws.

Plastic ban, paper straw, and PLA straw as the main substitute, but there are high prices, short supply, if alternatives can reduce the price and keep sufficient supply, so naturally replace plastic straw, this will be a broad market in the future, also need entrepreneurs to speed up innovation, there are a lot of enterprises in this research, we look forward to before soon, can see the cheap plastic straw alternatives.

How were drinking straws invented?

(Last Updated On: May 24, 2022) All over the globe, straws and plastic straws have been debated—one of five colleagues from the

How Long are Drinking Straws? Size Guide for You.

(Last Updated On: May 19, 2022) You’ve probably noticed when ordering a drink that many consumers want or order a straw. This

PROS AND CONS OF DRINKING WITH A STRAW

(Last Updated On: May 16, 2022) Relating to whether or not to use a straw we wish folks to form associate wise